Based on my experience as a reviewer, their level of performance suggests they’re going to be a tough act to follow. 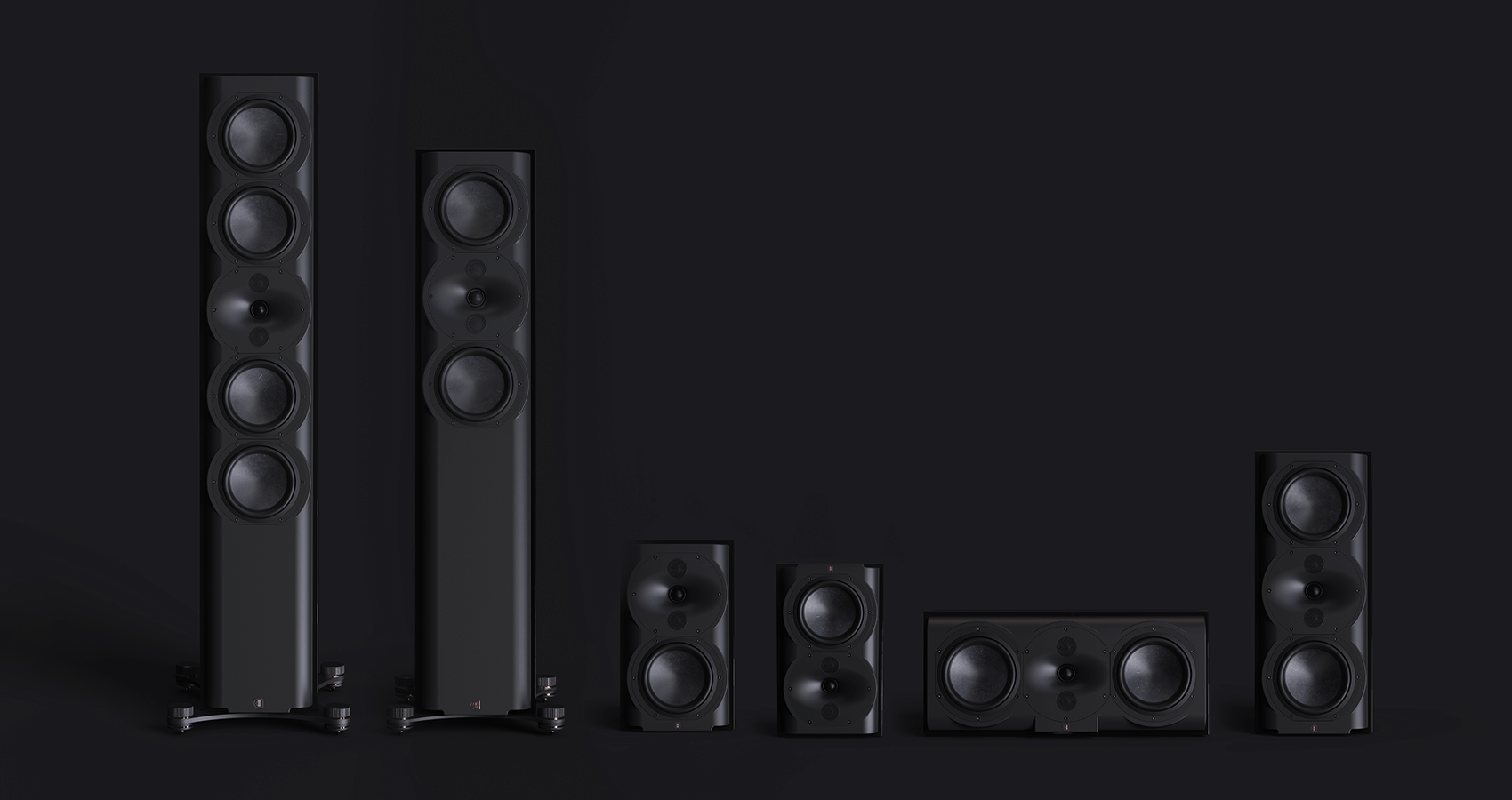 “Perlisten Audio’s introduction made a big splash in the high-end AV world with their acclaimed Signature loudspeaker series. In our in-depth reviews of their S7t, D215s, and S4b speakers, they did everything right; they had looks, brains, and brawn.”

“Few loudspeakers would be able to match the Signature speakers’ combination of linearity, dispersion, and dynamic range, and if the Reference series can come close to that for half the cost, they may well be the bang-for-the-buck king at their respective price points.”

“The Signature series’ exotic Textreme cones and Beryllium domes are undeniably finer ingredients, but they cost a whole lot more and make more sense for those who are after the very best performance regardless of cost. Perlisten’s R Series silk domes and fiber cones are a known quantity that can have outstanding performance at a fraction of the cost. The “HPF” (hybrid pulp formulation) fiber cone is a mixture of long-fiber hardwood, bamboo, and wool. The differences in sound may be subtle, but the differences in cost definitely are not.”

“The S series does have a bit of a dynamic range advantage. This isn’t to say that the R series is in any way weak; indeed, they look to be far above average in dynamic range in their class, and most of the line still meets the requirements for THX Dominus certification which is no small feat.”

“The R series also saves some cost in not having as over-the-top cabinetry as the S series. The S series had a 3” thick front baffle whereas the R series ‘only’ has a 2” thick front baffle. R series side panels and interior bracing are a mixture of ¾” and 1” thick boards as opposed to the S series 1.2” thick pieces. This is like going from extreme overkill to merely overkill. The R series uses high-density fiberboard, so the enclosures are more rigid and inert than the standard MDF most speakers are built with.

“Audioholics noted how closely the new R7t speakers maintained a similar tonality to the company flagship S7ts that earned our 2021 Product of the Year award.”

“Users should be able to expect solid bass extension in-room with the R series floor-standing speakers, and deep enough bass to cover most music and movie bass.”

“The Perlisten offers two R series subwoofers to complement the speakers, both with the same push-pull design used with outstanding results in their S series subwoofers for dramatically reduced harmonic distortion. The R212s and R210s feature 12” drivers and 10” drivers, respectively. Both subs are powered by a 1.3kW amp with all the sophisticated processing features found on the S series subwoofers. With the R210s, the S series has no counterpart since none of them use 10” drivers. With a 15” width and a 17” depth, the R210s should pack a lot of punch in a small footprint, so those looking for a powerful sub that doesn’t take up a lot of space have a compelling new option in the R210s. The R212s should be more powerful, of course, and the area of two 12” cones is equal to that of a 17” cone, so one might consider it to be the ultimate 17” sealed subwoofer (after the D212s). The main difference between the Reference series subs and Signature series is that the Signature series has double the amplifier power, for approximately a 3dB difference in headroom, which is noticeable but not huge by any means.”

“On demo at the 2022 Florida Audio Expo, Audioholics noted how closely the new R7t speakers maintained a similar tonality to the company flagship S7ts that earned our 2021 Product of the Year award. This implies that all of their products have a very similar sonic signature and it boils down to how much output you need given your room size and listening habits.”

“Perlisten’s Reference series of loudspeakers look like a great solution for bringing the sound of their flagship speaker line at a more accessible cost. The Signature series has more dynamic range than most people would ever utilize, so the Reference series should come as a very sensible compromise for those interested in the unique technology and sound that Perlisten has already become known for in such a short amount of time.”

Sign up to be the first to know when new products arrive,
new articles and nerdy soundtalk.

Dealer inquiries, distributor inquiries and Consumer inquiries.Let us know how we can help.

We use cookies on our website to give you the most relevant experience by remembering your preferences and repeat visits. By clicking “Accept All”, you consent to the use of ALL the cookies. However, you may visit "Cookie Settings" to provide a controlled consent.
Cookie SettingsAccept All
Manage consent

This website uses cookies to improve your experience while you navigate through the website. Out of these, the cookies that are categorized as necessary are stored on your browser as they are essential for the working of basic functionalities of the website. We also use third-party cookies that help us analyze and understand how you use this website. These cookies will be stored in your browser only with your consent. You also have the option to opt-out of these cookies. But opting out of some of these cookies may affect your browsing experience.
Necessary Always Enabled
Necessary cookies are absolutely essential for the website to function properly. These cookies ensure basic functionalities and security features of the website, anonymously.
Functional
Functional cookies help to perform certain functionalities like sharing the content of the website on social media platforms, collect feedbacks, and other third-party features.
Performance
Performance cookies are used to understand and analyze the key performance indexes of the website which helps in delivering a better user experience for the visitors.
Analytics
Analytical cookies are used to understand how visitors interact with the website. These cookies help provide information on metrics the number of visitors, bounce rate, traffic source, etc.
Advertisement
Advertisement cookies are used to provide visitors with relevant ads and marketing campaigns. These cookies track visitors across websites and collect information to provide customized ads.
Others
Other uncategorized cookies are those that are being analyzed and have not been classified into a category as yet.
SAVE & ACCEPT
Menu